Courtney B. Erens on FX Makeup and Film

“Jesus Christ,” “Ew” and “Goddamn” are the three words Courtney b. Erens says she wants to hear after someone watches one of her videos.

For Courtney, special effects makeup has always been a creative outlet. But her videos showcase both her talents as an artist, filmmaker and screenwriter.

Read our interview with her below.

What makes you different from other FX artists?
I think that what sets me apart from some other people in the FX community is that a lot of people don’t really showcase their projects in a cinematic way. I think that for me, it’s kind of a 50/50 thing. 50% is the actual makeup and 50% is the edit. I like to have a cinematic presentation; I like editing. I like to have a really pretty presentation.

What’s one of the hardest experiences you’ve faced in your career?
Working on my first film set for something I’d written. My fake blood went missing so I had to make my own on the fly, while bringing over props. So I’m running around with a bunch of equipment and my slate in a cart behind me and this bowl of fake blood in my hands. [Laughs]. I loved every second of it. I enjoyed the stress and film was the first thing I ever felt that way about.

What do you think has really influenced your work?
I know a lot of my really early edit ideas were based around a visual representation of anxiety. I’m really drawn to films that depict anxiety in some sort of artful and hopeful way.

How did you get into FX makeup?
I’ve always been really morbidly curious. I like that shock value. Being remembered is a success to me. Being forgotten isn’t.

Where does the inspiration for your makeup come from?
A lot of movies — especially where each representation of morbidity is different from what you would first think of. [When I do] a bruise or a cut or something, I try to elevate it and do something different.

How do you get through the frustration that comes with filmmaking?
One time when I was making my first ever short film, a really crucial voice over clip was lost. You can’t let it destroy your confidence in your film. You have to just take it as a learning experience and say, “Well, I’m going to have to find a way to fix it anyways, I might as well just get to it.”

Filmmaking is really hard, especially when people are starting out. Is there any advice you have for people just beginning their film work?

Inserts are your friend. Just find an insert that’s in line with the idea behind your film. If  you have an editing error where your footage gets corrupted, you can improvise with something else.

When you’re doing a video for one of your edits, what does that process look like?
A lot of times, I’m inspired by a song or even an object that I want to go off of. One of the most recent edits I did was inspired by a song called “Straitjacket.” It has a really light and calm sound, but the words are morbid and crazy. So I decided to do something that was girly but with a twist. I had pink tones in my lighting but I color corrected things when I was editing so they would feel dark and scary.

Once you have an idea for your edits and looks, where do you go from there?
I can’t speak for the entire community, so this may just be my cinematography background coming through, but I create a shot-list. I’ve been doing that for a couple years and it’s made the whole process feel like a well-oiled machine.

Outside of FX, what sort of stuff do you like to write about, shoot, etcetera?
Anything really that elicits a strong emotion — whether it be happiness, fear, sadness — something that can really move the viewer. I like complicated things that are up to interpretation. Then again, I also enjoy documentary making which is sort of the exact opposite — it’s just kind of handed to you.

What are some of the other projects that you’re working on?
I’m currently writing a screenplay treatment which I’ll hopefully turn into something bigger in the future. I’m planning on pitching this 20-page screenplay treatment this fall. Fingers crossed I can actually get it produced! There’s a lot to do, but I’m working on it.

What’s your favorite part about film?
There are so many aspects and so much goes into making, and even interpreting a film. It’s vast and complicated, and that’s part of the reason why I love it as much as I do. I’m drawn to anything that’s going to make me feel a strong emotion.

What’s your end goal or dream job? Where do you want to be one day?
There are sort of two paths for me, and I would be more than happy going down either one of them. I would love to work with VICE, and sort of [put together] my own documentary crew, travel to different parts of the world and report whatever they’re there to report. The other path would be staying in Los Angeles – my favorite city in the whole world — and working on my own projects. Directing my own projects, making a name for myself and meeting people I know I can count on. I’d be beyond happy either way.

See more of Courtney’s work here and @sfxbycourtney on Instagram. 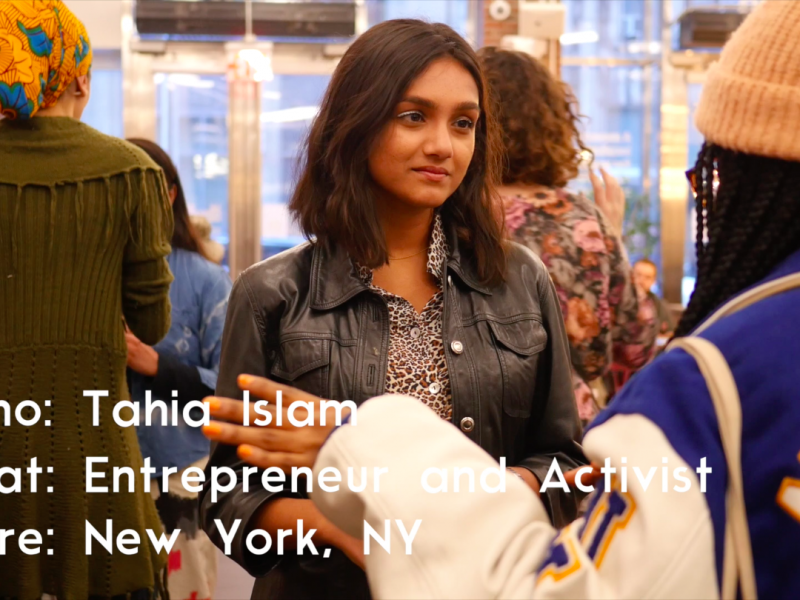