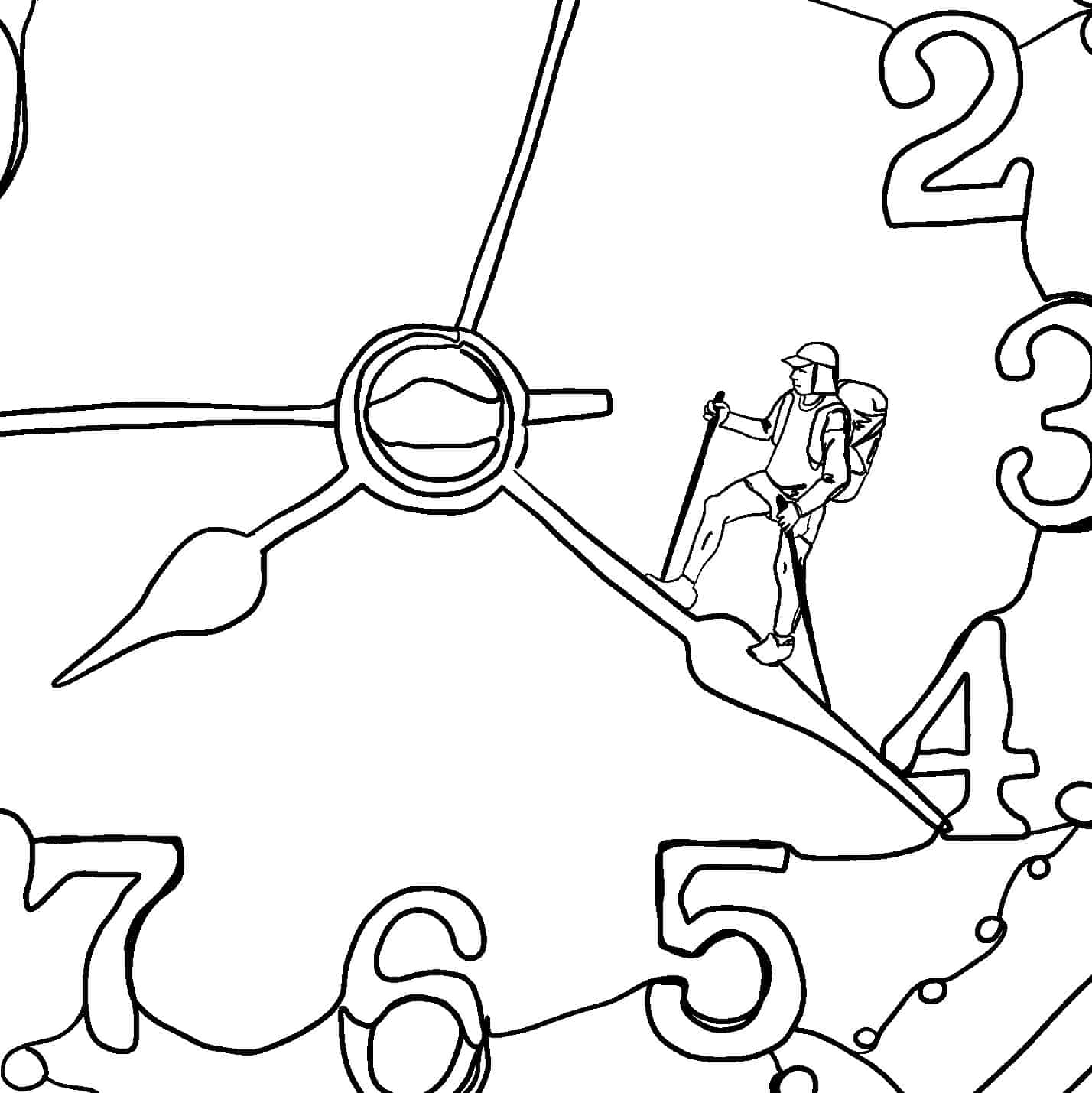 Stop this train
I want to get off and go home again
I can’t take the speed it’s moving in
I know I can’t
But, honestly, won’t someone stop this train?

Last month, my usually healthy grandfather fell sick and became bedridden. He’s turning 88 this year, but I remember him as much, much younger. Last time my mom visited him, she told me he had trouble walking. My memories of him are different: he was always known as the energetic and graceful, even as he aged. He walked long distances everyday. He was a happy old man. He could do amazing calligraphy. He was full of joy and laughter. All that doesn’t feel like that long ago.

The truth that everyone ages hit me, quietly at first, then forcefully. I checked the calendar and my parents just passed their 57th birthday. I always thought they were only in their late 40s! The people I looked up to, who seemed in the prime of their youth, were now on the cusp of their middle age. I graduated high school almost 5 years ago, half a decade has passed since I was eighteen and felt like my life was just beginning.

Quickly, my mind raced to all the other milestones in my life. I’m in my 20s, graduated from university last May and looking towards the next chapter in my life as (hopefully) a writer.

I used to believe I would be young for a long time, and death felt like such a faraway concept I thought I would never actually die. Of course I knew I would grow old one day, but I imagined that it wouldn’t be for a really long time. But what even is a long time? The last ten years slipped by, almost imperceptibly. Who’s to say the next ten won’t pass as quickly? The next twenty, thirty, forty? Even thinking about it still, time feels relentless and unforgiving, an avalanche that spares no one.

I spiralled down with these thoughts. There’s so little time. What should I do with this time? What’s the point of it all? I didn’t want my parents to continue aging past 60…60 is a scary threshold. I didn’t feel ready for the new changes and challenges that comes with the next 5 years or beyond. Suddenly I didn’t want the year 2020 to come. Everyone around me had aged rapidly. Everyone would have an expiration date. No one would be spared from this cycle. No one could be young for a long time. I lay on the couch, drained from my unrelenting train of thoughts. Ironically, I was wasting time, lots and lots of precious time slipping through my fingers and into nothingness.

I put on music from my songlist. I wanted to distract myself from these distressing thoughts, to run away. Song after song droned on until the lyrics from “You Were Once Young” jolted me out of my reverie. The song was sung by a Taiwanese band I had known since childhood, S.H.E, speaking to people who had passed their youth and no longer followed their dreams. I replayed it a few times, catching the words. Then I pored over the unedited manuscripts for the short stories I wrote over the summer, and began working through them. I saved information of publishing houses. I did what I had always wanted but never pushed myself hard enough to do.

As I continue to work with my manuscripts, I picture my grandfather, youthful in the black and white pictures on the living room table at my old house. I imagine how most of his life panned out, in a fast forward motion picture. My grandfather’s youthful army days, his marriage to my grandmother, his brief move to the remote countryside during messy Chinese politics in the 1950s, his move back to the city, having kids and watching them grow into my mother, my aunt and uncle, and then, watching me grow up and leave him behind, and seeing his friends and brother pass away. All the years that trickled away. There is limited time. All I have is now.

I know what I have to do. I have to take steps, even when it’s just tiny steps, or tired steps, and even when it feels like pushing a heavy cart – I have to keep going. Inch by inch, I will move forward.

Sometimes, you’d miss the days of youth
but when they left you, you did not speak a single word
you just waved it goodbye, like throwing away a scrap of paper
assuring yourself this is what everyone goes through
you came from so many cities
you once swore you will become
someone extraordinary
but one of these nights, you wake up and stand alone at the balcony
hoping to free yourself from this boundless desolation
many years ago, you once had clear vision
you believed in true love,
And most importantly you believed
you would one day become the person you always wanted to be