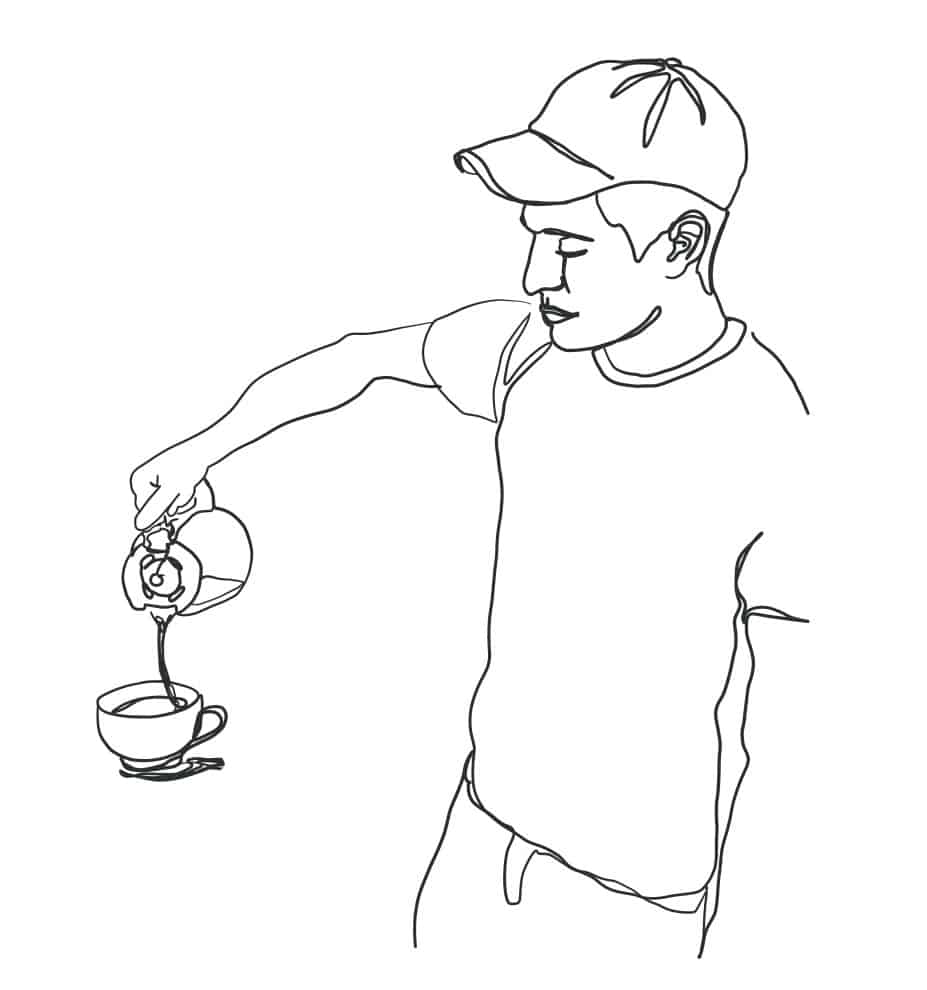 Ivy Grad, Writer, Barista: The Paradox of the Side Hustle

“Do something that has nothing to do with writing.” It sounded like simple enough advice to follow. It seemed just counter-intuitive enough to work, and I’d heard it so many times from brilliant professors to believe it. So, less than a week after graduating college, I filled my backpack with copies of my resume and walked through the East Village stopping at coffee shop after coffee shop, all in the hopes of being a writer one day. I had thought about the prospect of all those MFA programs throughout college, but now I felt confident in my decision not to follow that path. Virginia Woolf didn’t get a freaking MFA, so why should I? MFA programs just seemed so counterintuitive: if you want to learn how to write about the world, why live in the middle of nowhere with only a bunch of other aspiring writers? If you want to be relatable to readers it seems counterintuitive to be isolated from the world in an academic setting. Letting New York be my MFA program as I worked in the service industry seemed like cheaper and more natural experience.

Still, being a barista really has nothing to do with writing, and I don’t think I realized how infrequently quotidian life can deliver the kind of inspiration I’d hoped for. In many ways a writer’s job is to find connections in the world, the way things, experiences and moments we see as discrete actually follow the same rhythms or demonstrate patterns we don’t always the time to stop and consider. But I’m not trying to be a writer here, I’m trying to be honest: taking orders from snappy customers and counting coffee beans doesn’t foster . Sure, some days the milk blends in the espresso “like ripples on the surface of a pond dusted with snow,” but there isn’t much material gathering to be had. I made the assumption that I’d be spending large quantities of time behind the counter writing like some stock character from a rom-com. I decided I would bring a pad and pen with me everyday; after my first three shifts I left them at home and haven’t brought them since. Any job can be stressful and emotionally taxing, even one that has nothing to do with your career goals. Remembering the different plays, acts and scenes different Shakespeare quotes come from turns out to be shockingly easier than remembering every order during a rush. And no matter what your job is, you always bring your work home with you. When you start having dreams about making coffee every night or new menu items that involve foraging magical flowers to prepare, a large portion of the already limited emotional energy you have is being drained by something you don’t even really even care that much about, and leaving you with little energy or patience for your creative goals when you finally get home and get out the pen and paper.

But where’s the other option? A friend of mine who studied writing made an agreement with his parents after graduating that as long as he wrote 5,000 words every day, he could stay at their house and they would pay for his expenses. At first I felt incredibly jealous, but not only did my friend begin to face massive writer’s block and hate everything he wrote. “Maybe if I got a job as a bartender, I could make money and at the same time sit behind the bar and write when it gets slow,” he told me back in July. I told him that he wouldn’t be the first person to be wrong about that.

When I was in college, there was both a demand and an audience for my writing (despite the fact that the demand came in the form of assignments and my audiences consisted of one or two professors and that all that came at the hefty price of tuition). Once I got out of college,I realized I’d have to search hard to find either again–being a big fish in a small pond seems to be more conducive to creativity than being a fish in a giant ocean that isn’t even enormous enough to contain all the other fish in it. When there’s three on campus literary magazines, getting published feels less overwhelming than when there’s 1,000.

I thought that when I finished college I’d be able to actually write, now that I was educated and done with college work. I was fooled by the seemingly logical premise that if I didn’t have so much writing to do for classes, I would finally have the time to really sit down and work on my personal projects. But in life there’s always something standing in between you and your aspirations, and ironically enough, the distraction of being an adult with rent to pay ended up being worse than having to write papers. When I look at my creative pieces that I’m the most proud of, nine times out of ten they were born of some assignment for a professor I wanted to prove myself to. It’s hard to feel motivated to write when you know that there’s a chance no one will ever read what you’re working on, or worse, that no one will ever even be interested enough to read it. And that’s the sort of pit many young writers seem to fall into once they graduate–it’s easier to be creative when the enemy standing in between you and writing is just school work than when it it’s an overwhelming sense dread about mundane logistical and also grandiose existential questions: “Who will ever read what I write? Where do I submit my writing? Should I pursue a more professional career like my other friends? If I pursue an actual career will it still be possible to one day be a writer? Are other young writers doing things that I’m not doing? Can I turn writing into a career? Do I really want to be a writer? Will my writing just be sitting in a basement one day gathering dust? Do I want to be a writer for the right reasons? Do I even enjoy this crap anymore?”

Who could write under those kinds of conditions?

Last weekend, me and a writer-friend of mine, asked each other for advice on how to cut out the post-college noise when we finally get home from work and sit down to write. After getting nowhere for a while, we eventually and I guess, as to be expected, fell into metaphor. “When I start out for a run, the first five minutes are the hardest. I’m thinking ‘how will I be able to do this? Will I be able to do this? When will I make a decision as to whether or not I will do this? Should I do this? Why am I doing this?’ and that mental turmoil makes the first five minutes more painful than the last five when I’m sore and out of breath. If I had to run a marathon, and halfway through I started asking myself those questions, I think I’d probably stop.”

In those moments of doubt, I realized that I’m going to have to say to myself, “Look, you’re here doing this thing right now so commit it, commit to the moment, do it, and then afterwards you’ll have the rest of your life to decide whether or not you should have done it and if you ever want to do it again.”

Easier said than done–that shrill and obnoxious voice of anxiety can be quite hard to turn off. And it’s never going to be permanently off. But if I can remind myself that doubting never makes me feel even an ounce as good as trying, then maybe I can get myself to focus for a while. I wish I had a clever metaphor to inspire myself but really the best I have is the age old question: “How do you eat an elephant? Piece by piece.” In taking life in pieces, just separate moments, in breaking life out of the constricting molds of grand narratives and predictions, a liberated “I” can emerge and work in the eye of the storm of uncertainty. Call it a “peace by piece” if you will.

So, will writing end up working out in the long run? Well, that’s not important right now–there will be time for a million indecisions and to worry about that later. Right now, there’s work to be done.