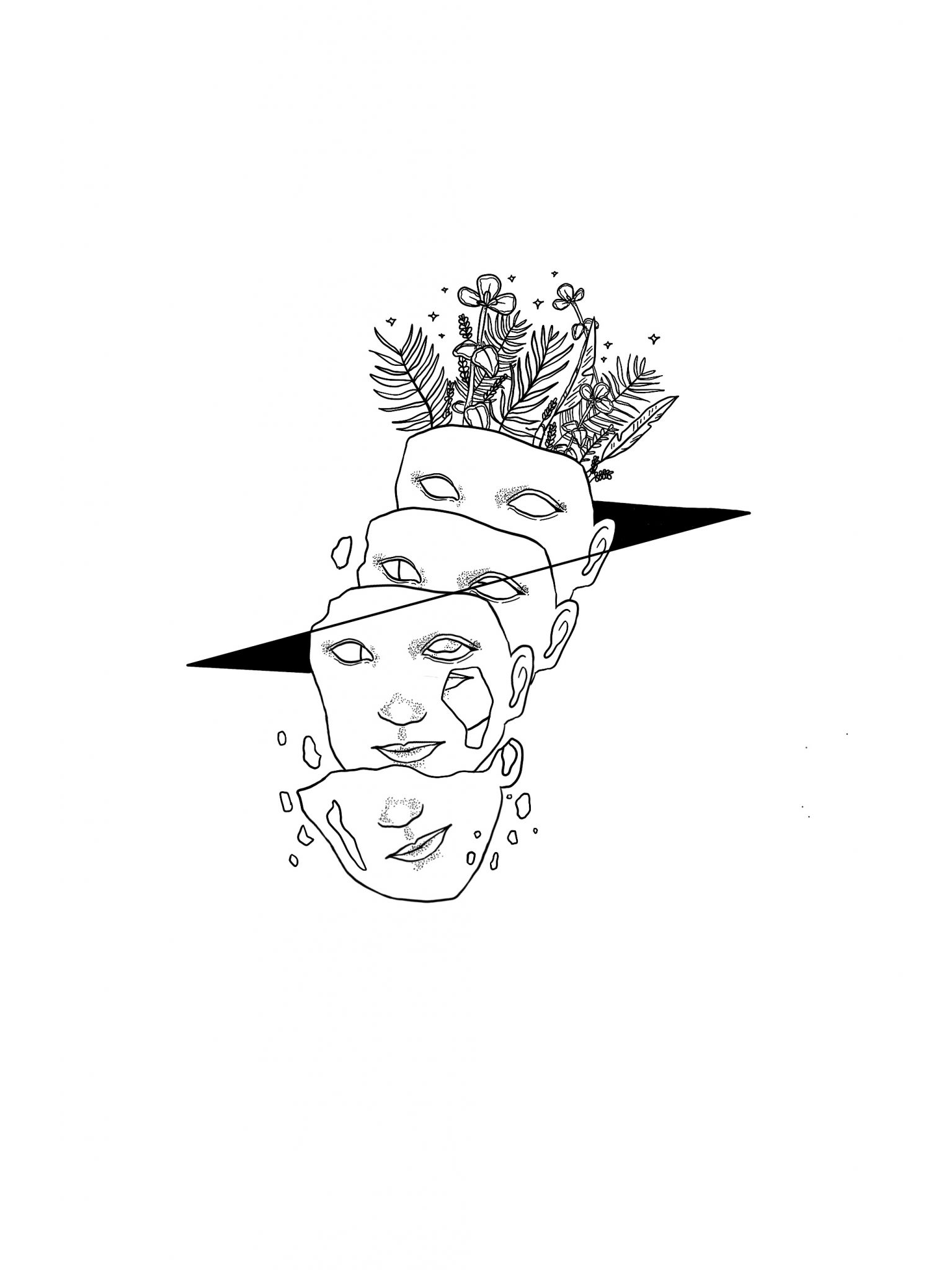 My new friend Arnold called me by a different name. It was like my name, but it wasn’t what anyone else called me. It was an invented nickname that only he used.

Arnold and I worked together at a late night café. I was an abysmal employee––burnt food, forgotten orders, once spilt hot oil on Arnold––but I loved my job. I loved making conversation with our customers; I loved the music Arnold played on our shifts; I especially loved my brand new nickname.

The thing is, I like to write a letter every now and then. And sometimes it’s worthwhile to miss class for an interesting lecture. But I do watch Netflix––I watch sitcoms and cartoons that make me laugh. I still listen to pop songs I liked in middle school, which never showed up on Arnold’s playlists.

I doubt those things would have mattered to Arnold, if he had seen them. But he didn’t. He only saw our joint creation, the girl who had my nickname.

For a long time, I found it easier to look at myself through the eyes of others. There was something that felt clarifying about their gaze. It was as if, when I met new people, they each handed me some neatly carved mask. In the mirror, the masks resolved more quickly into faces than my bare skin.

So it was with Arnold: he seemed, quite early on in our friendship, to have a sense of who I was. His sense was much clearer than mine had ever been, so it was easy––enjoyable, even––to adopt it. And during my college years, his was not the only incomplete vision of myself I let myself embody.

Caleb told me that I looked just like his high school girlfriend, and so that’s who I became. I flirted the way a 9th grader would, uncertainly and naively, not because I was interested in him but because that’s what he expected from me. I let him explain things to me: music theory, political theory, his own poorly constructed theories about my personal psychology. I believed deeply in my performance of vulnerability; I started to feel that I was impossibly young.

Leslie wanted to believe I was stupid, because she didn’t like me very much and felt that that was what I deserved. Surely, one might think, that’s a mask I would not enjoy. But even playing dumb was easier than trying to figure out in what way I could be smart. When I was around Leslie, I relished the simplicity of my ditziness.

In fact, I relished it all: every part I played for another person, every time I molded myself to fit someone else’s expectations of me, it felt so easy––natural, even. I liked defining myself according to imagined characters in other people’s minds. Often, I didn’t even notice that I was doing it.

What was harder was the time I spent with friends who refused to reduce me, the people I knew and loved who insisted on observing rather than defining my identity. These were friends who gave me the space to be who I wanted rather than imposing upon me the person that they imagined. The arrangement was pretty exhausting. There were no social cues for me to pick up on the way I was supposed to act, no prescribed manner of being. I had to figure out the kind of person I was all on my own.

That took time and effort, and I certainly didn’t always come to the same conclusions. To be honest, I’m not sure I’ll ever find a sense of self is certain as the ones I faked; I’ll never look in a mirror and see a face as sharply defined as the many masks I’ve worn. But as I’ve entered my twenties, I’ve looked around and noticed that the people I’ve kept with me along the way are not the ones who handed me masks. They’re the ones who refused to see anything but my own authentic, uncertain face. Because while it’s easy to play a part, each role gets quickly tiresome. Each mask represents a shallow life that fails to encompass my whole self. It’s easy to see why lives like that would be boring to live for too long.

I’m graduating from college soon, and––thanks to the friends who have stuck with the true, complicated, not always cohesive me––I’m committed to living my twenties mask-free. I don’t bow to the pressure to reduce myself anymore, however easy it might feel to adopt someone else’s expectations of me. I’m okay with living in uncertainty if it means I’m living in truth.