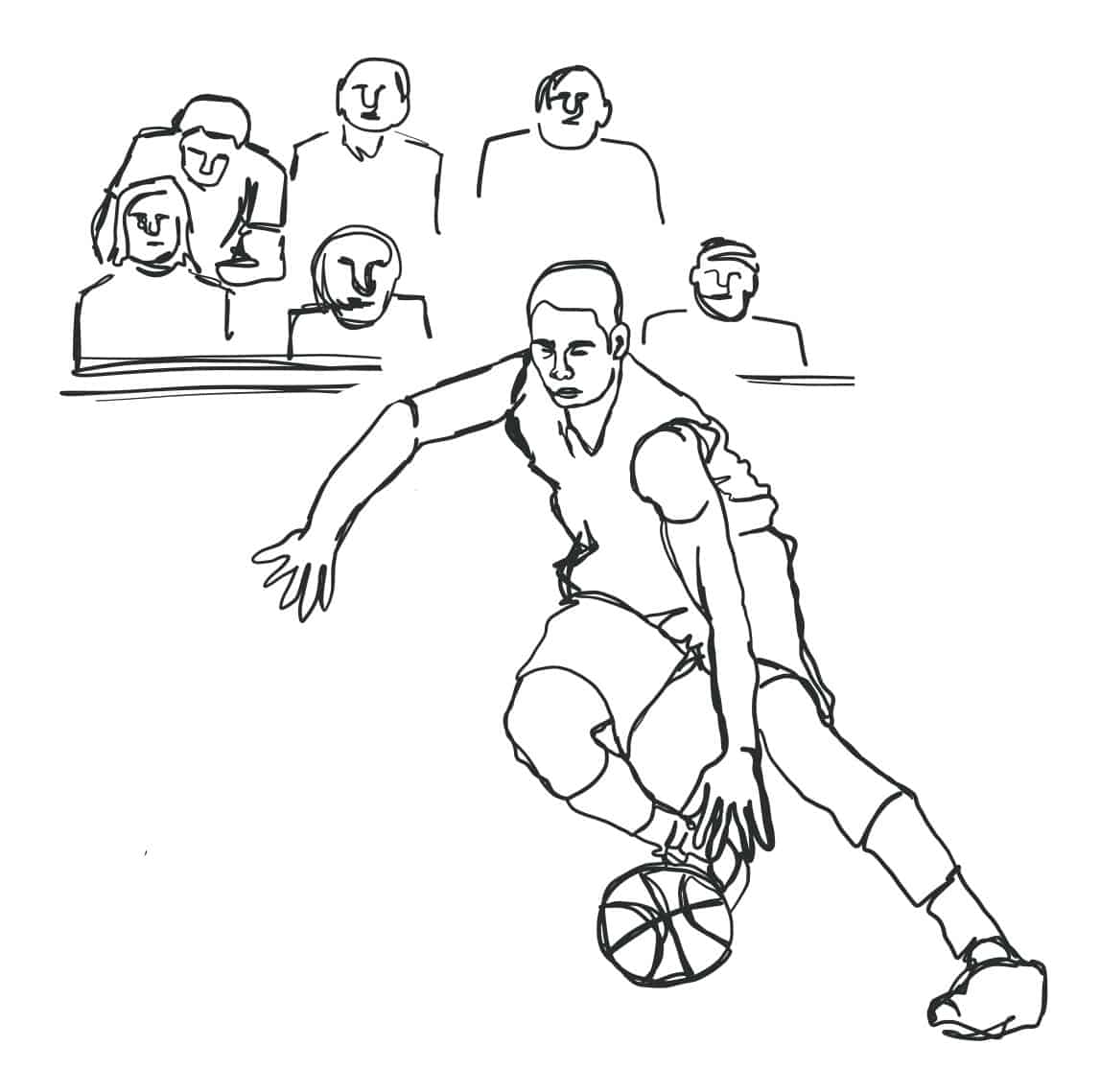 I’ve never felt like much of an athlete. Even when I was in Little League, I was always the worst player on the team. I spent most of my time on the field daydreaming, wishing I could go back home and level up my Charizard on my Game Boy Advance.

When I got to college, all of my friends enjoyed playing pick up basketball. They were a lot more serious about it than I was.  I sometimes joined them just to pass the time, but I never really felt like I was having fun the same way they were. Every second I was on the court, I felt like others judged me for something, anything, I did wrong. Consequently, I would usually just do my best to stay out of the way while my friends scored.

One day, my friends told me to come to the university gym to play for a couple hours. I really didn’t want to go, but they texted me persistently until I gave in and reluctantly went with them.

I played the first game the same way I had been playing basketball for my entire life. Our team lost badly; there was a player on the other team who constantly scored on us. Meanwhile, I was making a lot of mistakes: I dropped a pass that was thrown right at me; I ran into my teammates while they were in motion. I could tell my friends were frustrated. I secretly wished I had never left my house, and wondered why they had dragged me to the gym anyway. I knew that these kind of competitive situations were not meant for me.

My friend Vatche pulled me aside. “Dude you’re not even trying. What the hell?”

“I’m just not good at basketball.”  I wondered why my friends had even asked me to come if they were just going to yell at me. I felt like I was ten years old again and back in Little League.

“You can’t just say you’re not good at basketball. When you go in with that attitude you’re never going to get better.” he told me. “Russell Westbrook averaged three points per game his first season in college. Do you think he just told himself that he wasn’t good at basketball?” I shook my head.

“Let’s be real here. You’re 5’7. You’re not that coordinated. But that doesn’t matter. You see that guy we just played against?”

“He’s really not that good. He’s not that tall and he’s not that fast. But he’s the reason that team beat us. You wanna know why? He hustled every second he was on the court.”

“Listen dude. You just got do a couple things a little differently. You just need to be a little more focused and set more screens when we’re on offense.”

I drank from the water fountain and sat down on the sideline. At first I told myself that Vatche didn’t understand that I was naturally unathletic. When I gave his words time to sink in, however,  I realized Vatche was right. I knew that going home and playing Pokemon FireRed wasn’t an option anymore. I needed to prove to my friends that I wasn’t a quitter. I got up and started practicing my layups.

We played the same team a second time. This time I made an effort to play differently: I hustled, I set screens. I knew I couldn’t shoot, but I made an effort to set up my teammates. Instead of feeling sorry for myself and wishing I were somewhere else, I made an effort to help the team as a whole. I still wasn’t the best player on the court, but now it didn’t matter: we won the game. My friends told me they had never seen me play with that kind of energy before. Though I still was clumsy and uncoordinated, I had helped the team succeed.

For years, I had been acting self-centered. I was constantly thinking about my own problems on the court and had allowed this to affect the whole team negatively. My friends and I would have won a lot more games if I had focused on what I could do to help the team win instead of being stuck feeling sorry for myself.

The way I used to play basketball was indicative of a lot of bigger problems in my life. I would go into a situation feeling that I had already lost and come out wondering why I felt like such a loser. I was lazy and unmotivated; I wasn’t pushing myself in my classes because I told myself I’d never be as smart as some as my peers. I was unhappy with where I was in life, but was making no effort to better my situation. I was stuck in my head, magnifying my problems instead of making an effort to change.

I still sometimes find myself getting stuck in this self-centered mindset;  I retreat into destructive thoughts. I try to remind myself that when I do this, I hurt not only myself but also the people around me.

There were times where I didn’t get the internship or the job that I wanted and I retreated into my mind. “I fucked up,” I told myself. “I needed this job.” I had panic attacks about my future. Instead of spending time with my friends, I would pace back and forth in my room stuck on my perceived failure; I would replay the mistakes I made in the interview over and over again in my head.

By acting this way, I was only putting myself in a worse situation. I let myself be consumed by negative thoughts instead of making an effort to apply for more jobs using the knowledge I had gained from my  previous mistakes. My self-destructive behavior made my friends worry, and I brought down the moods of the people around me by focusing on my own shortcomings without making an effort to learn from them.

Earlier this week, Vatche and I were shooting around at the university gym before class. “Your shot has really improved,” he told me. “But you’re still trash.” I laughed. I’ve still got a lot of practicing to do. 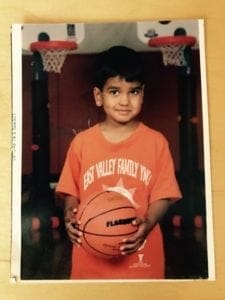