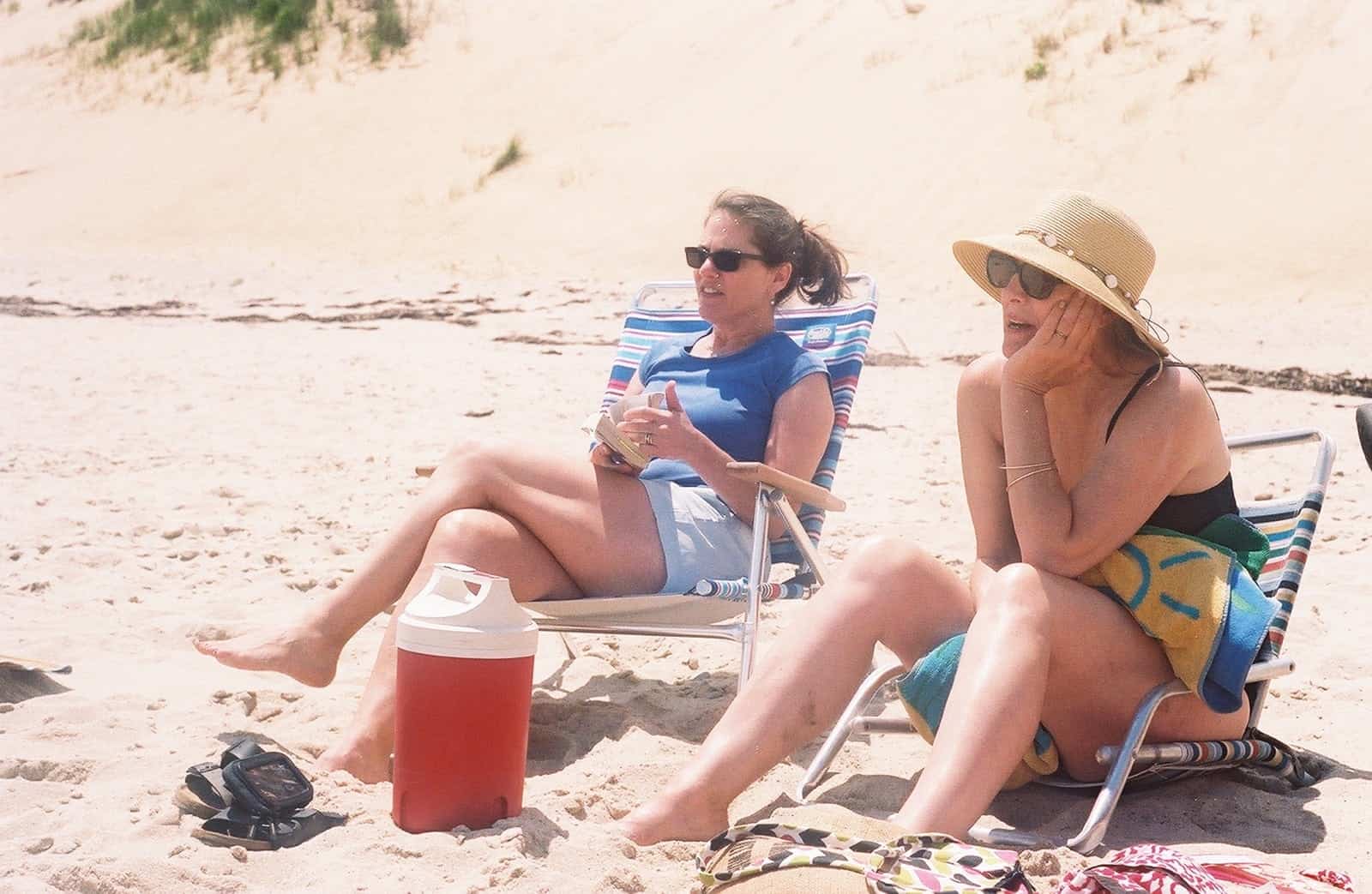 Film photography has been on the rise throughout 2018, and is sure to grow throughout next year. Projects like #GirlGaze (check them out on instagram too) favored the medium last year and used it to expand public perceptions of many different ideas – womanhood and femininity, in #GirlGaze’s case.

To hear firsthand about the resurgence of 35mm (or, rather, the notion that film never dies,) 20s had a chat with New York-based film photographer and student Corinne Worthington. Documenting her life and perspective through her lens with grace and care, she talks to 20s about her work on Not Dead Productions as well as the significance of film and narrative throughout her portfolio. 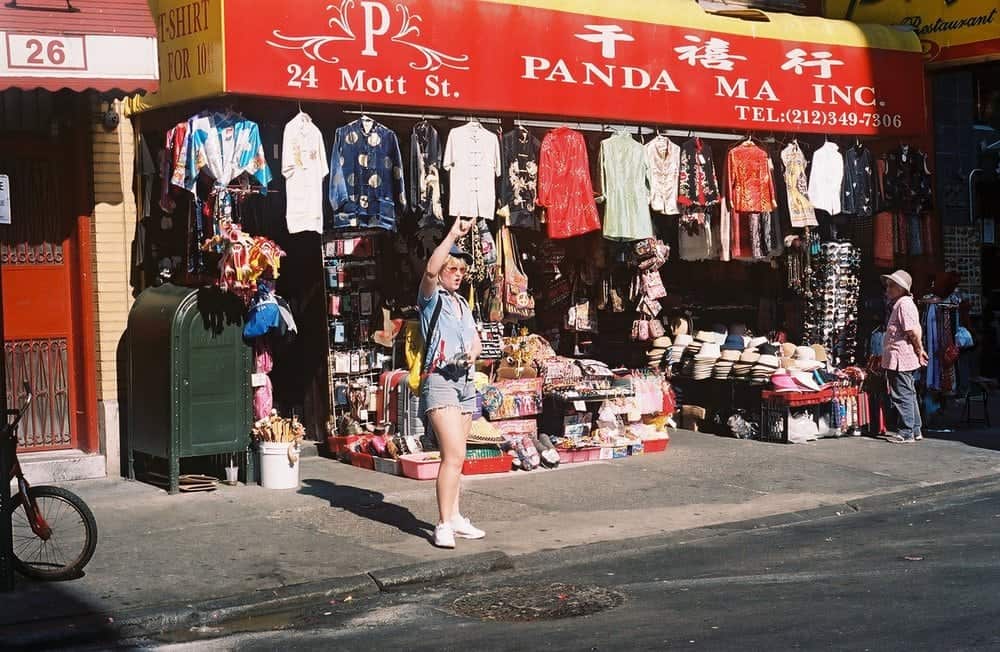 Corinne’s about page reads: “raised by two artists in a house filled with trunks of old photographs, I learned the importance of images early in life. I attempt to capture the small moments and memories that make up my friends’ and my everyday experience, moments that might otherwise be forgotten.”

Considering Worthington’s fixation around the truth found in photography, it’s only fitting that her first conceptual collection focuses on the three primary colors: red, yellow and blue – the shades that fill the shapes and shadows of our world (and the field of color photography.) Entitled Primary, the photographer describes the exhibition as “ a collection of moments whose meanings have been indelibly marked by the presence of color, whether subtle or sublime.” 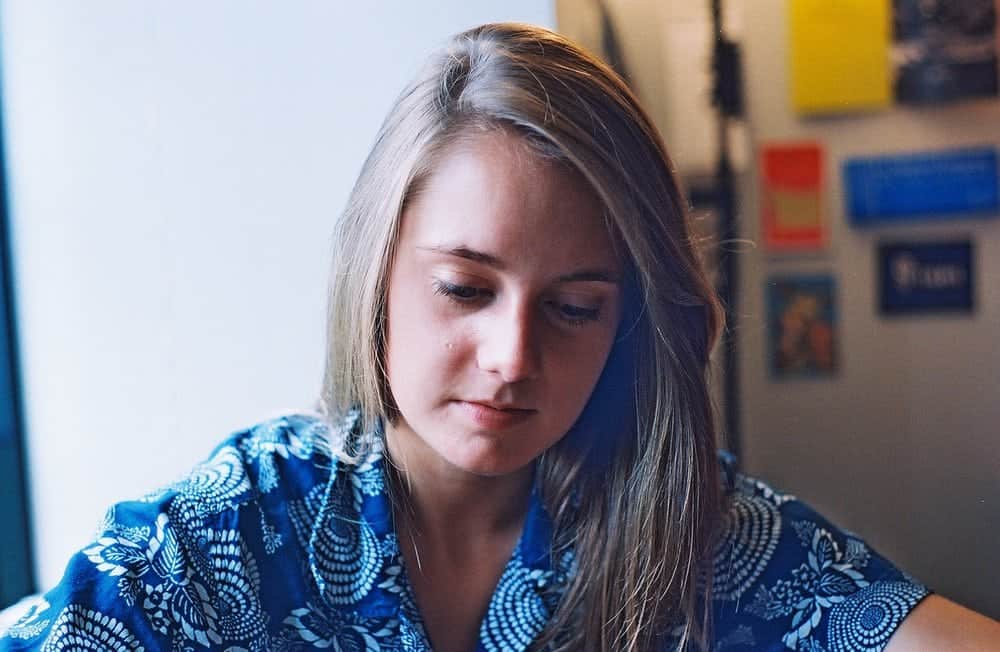 Emily in her boyfriend’s shirt

Could you elaborate on the motivation behind this new collection, maybe summarize your relationship with color in an anecdote? What role has color played in your story that has caused you to focus on it so deliberately – or was the choice more serendipitous than that?

I think it’s a combination of both. While color has played a really important role in my life and upbringing, I’ve always been surrounded by really vibrant colors that impacted me in a more subtle and subconscious way. So color is just something that my eye is naturally drawn to.

I eventually noticed that it was something I look for when I’m shooting, but the tendency developed out of this natural inclination. When you’re noticing all of these color relations over and over and over again it becomes a part of what you’re looking for only art, but in your quotidian (daily) observations. 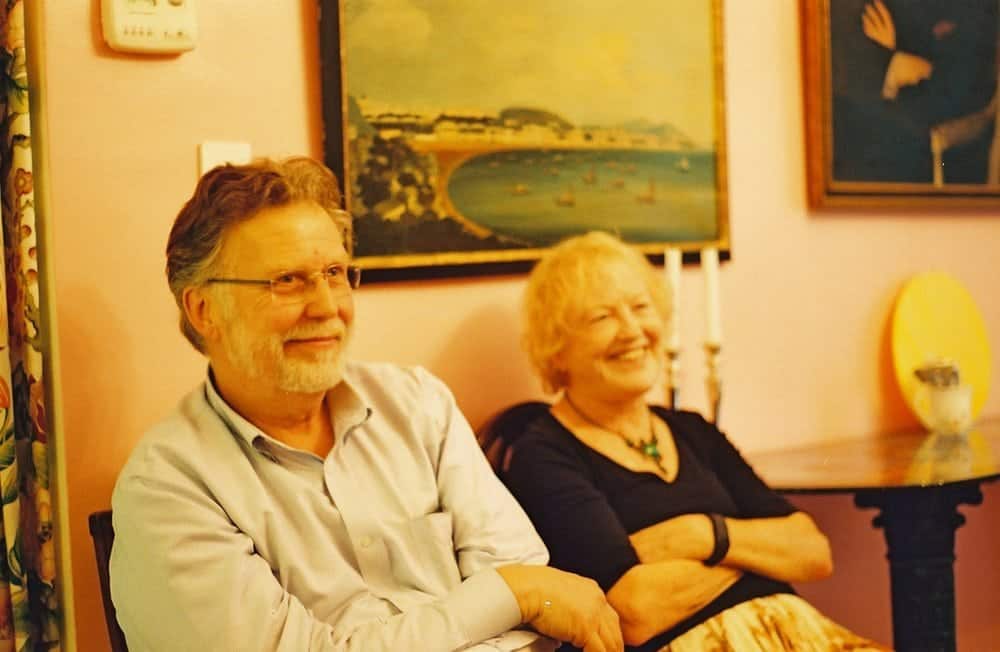 So it seems you’ve had a color-saturated existence, and these conceptions of color that you’ve developed continue to come to mind. It’s kind of like Proust’s idea that we understand the world through memory.

In Primary’s colorful depiction of your world, what is the significance of intersections when two primary colors exist alongside one another? I’ve noticed that those are some of the more complex pieces in the collection.

It’s interesting because all colors are made up of these three – if you see them alongside one another (and not mixed) it highlights each of them, and causes you to notice things about them that you wouldn’t have before. 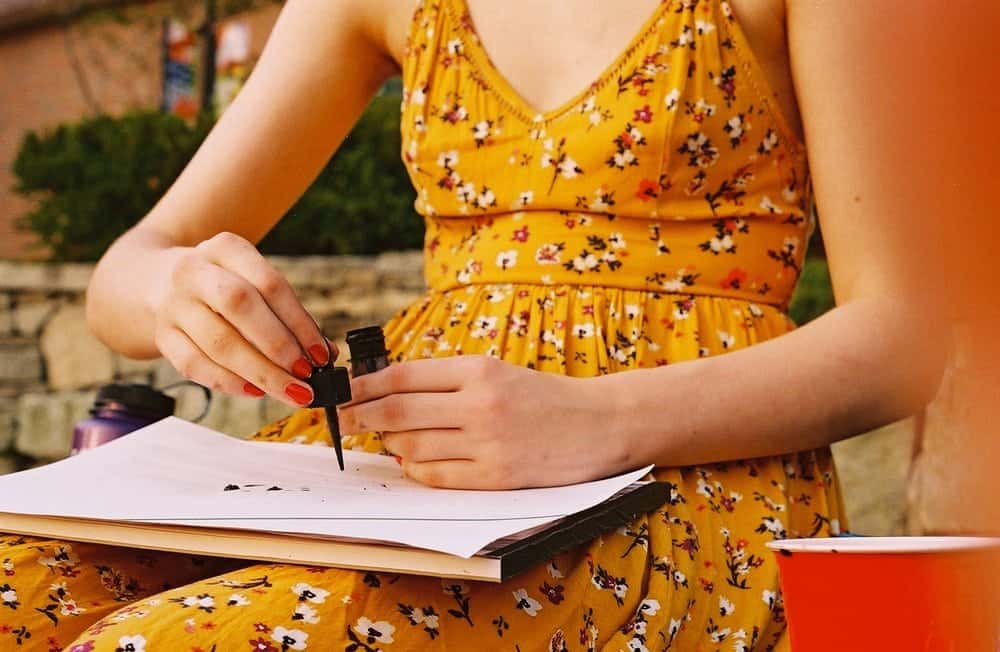 Could you give an example from the collection?

The red in india ink/focus is so different from that of displaced – it’s almost like they’re two different colors. Seeing these two reds together — they interact differently with their environments. It’s a testament to how primary colors take on nuanced shades and hues depending on what they’re near or next to. 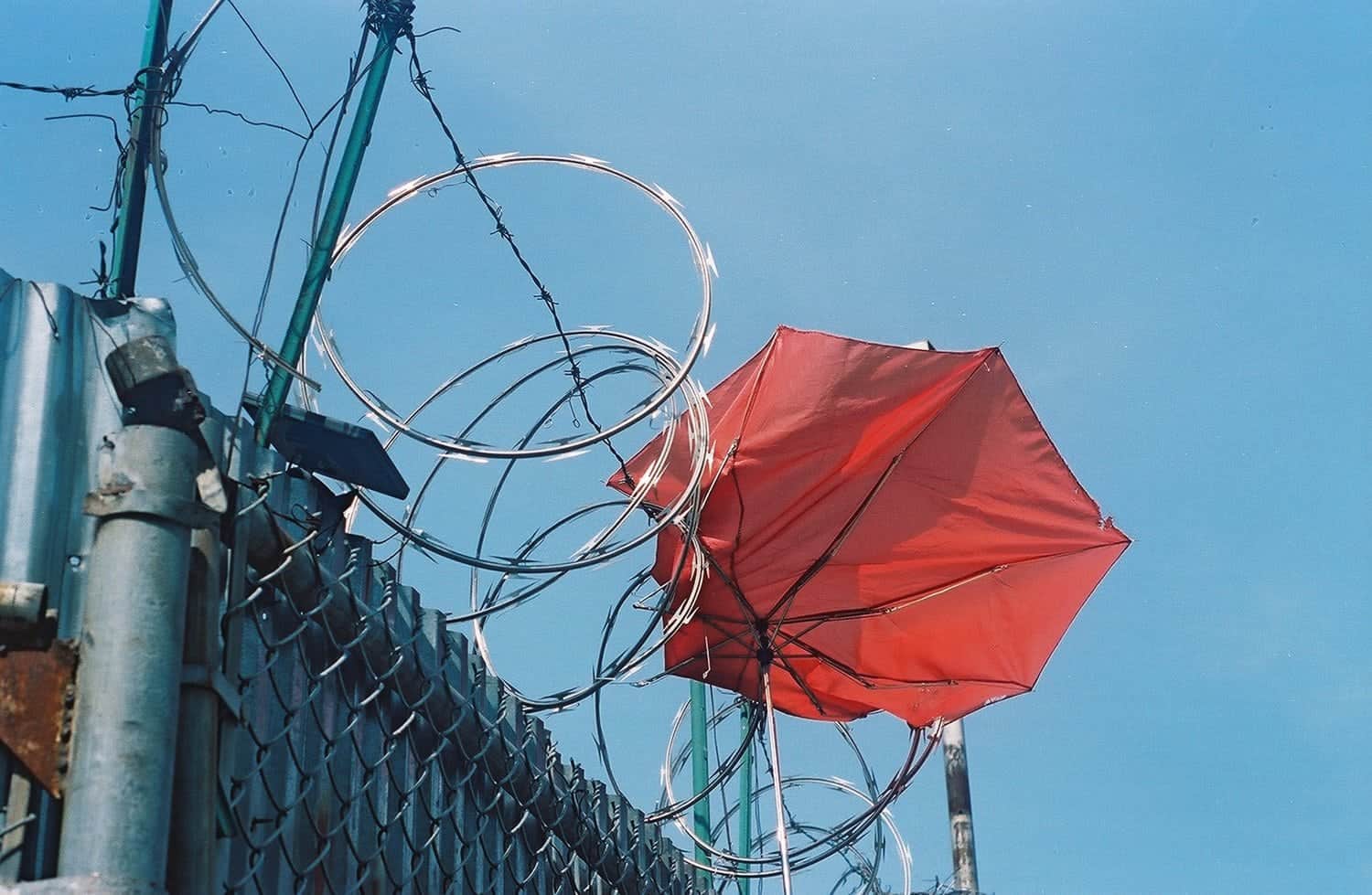 What is photography’s place in your story, what does it mean to you? What do you gain from it? What does it enable you to do?

I do photoshoots, but the main ritual behind my work consists of me just carrying around my camera. Through photography, I’m able to capture and preserve such transient moments that would otherwise be forgotten because it’s solely my vision of the moment.

This encourages me to really look at the different places I’m in and the different people in them; it also allows other people, I think, to see how they look to me, which allows them to experience the moment in a different way.

So taking photos is almost like an exercise in mindfulness. 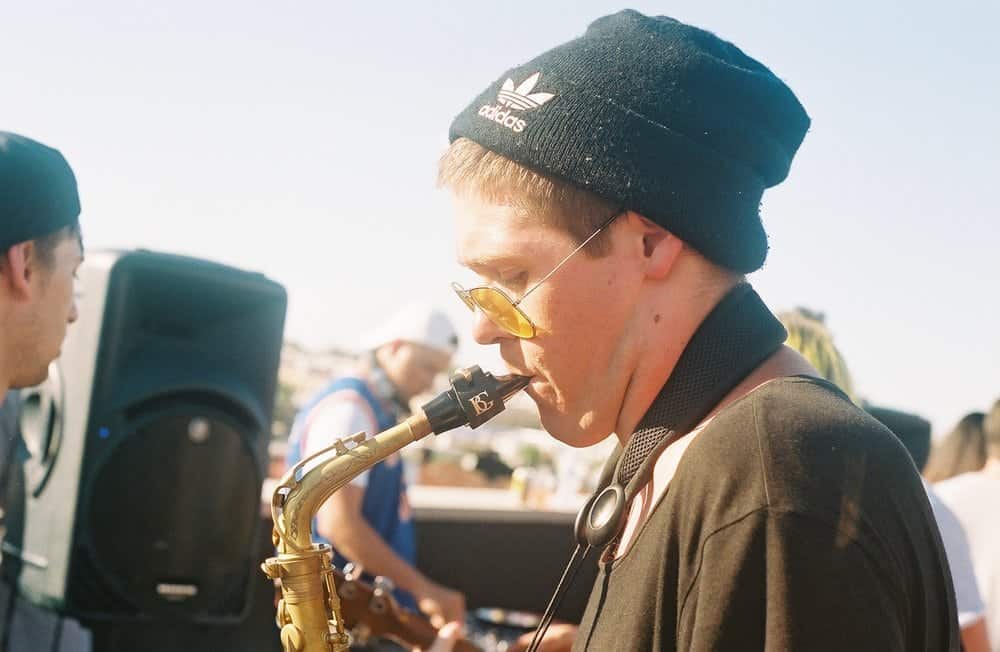 What do you think makes film photography significance to the advancement – or maintenance – of visual storytelling in our 20s? In our culture?

To me, digital photography is more intentional in that you’re going to keep shooting until you attain an image in your mind that you want to capture. Because of this you also have the instant gratification of seeing “is that angle right?” and adjusting it.

With film, you have to trust in your camera and in your eye a lot more than if you’re shooting on digital. At the same time, you’re capturing these images and can never be sure of how they’re going to turn out. It’s easier to find these little things that you didn’t know were going to make the photo magical when you took it; sometimes the photo that you messed up taking or weren’t quite sure about turns out to be the best one on the roll. 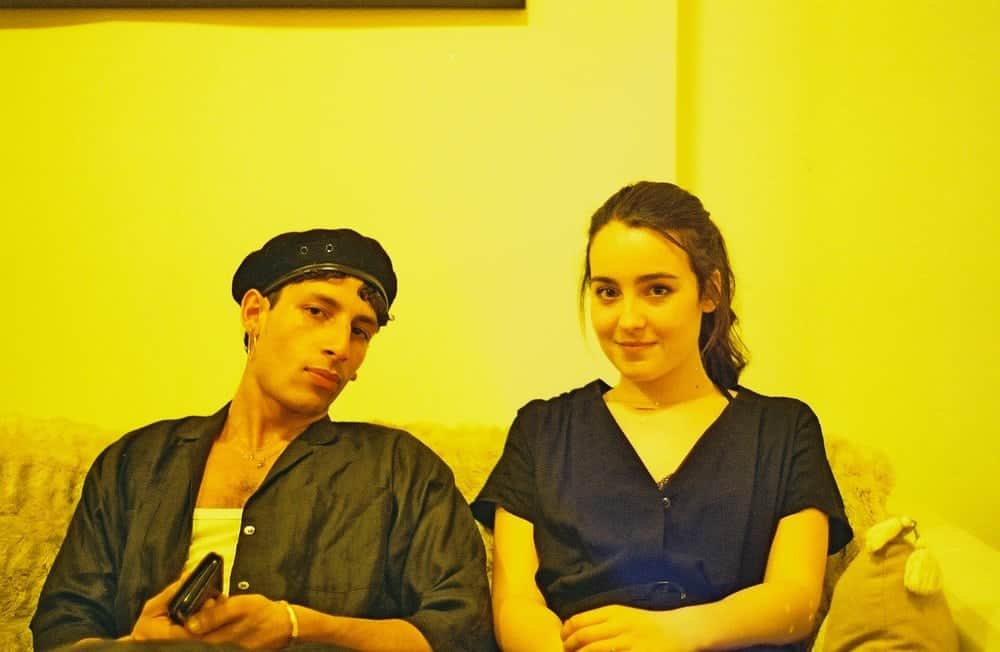 So in this context, what does authenticity mean to you as a photographer, and what is film’s place in influencing this?

Maintaining authenticity is a difficult concept to me. In my eyes, I see authenticity as being as true to your vision as possible.

Imitation and paying tribute, to an extent, are valid forms that contribute to self-expression. Art in itself is always going to be referential and you’re always going to draw inspiration from different sources such as great artists. As an art student, you’re exposed to so much and it’s impossible not to have that influence you.

The idea of authenticity — unless you’re exactly recreating someone’s stage portraits, which I don’t think is even possible because there’s always going to be a different context and situation.

There’s a historical aspect to that as well.

Yeah, I think authenticity is just being as true to your vision as you can, and the rest will follow.

I like that idea of authenticity as more of a patchwork of influence stitched together by the self, rather than an uncompromising “I.”

Yeah. I hate when people say your work isn’t very original. I get it, sometimes people’s visions aren’t necessarily fully developed, but that’s just part of the process. In my photography class at the Sorbonne this year we did a lot of work about artistic references; we’d share our work and be asked to say which artists different students’ photographs reminded us of.

It’s really interesting to look at the work of other photographers and really think about who you’re referencing and whose photography has influenced you. 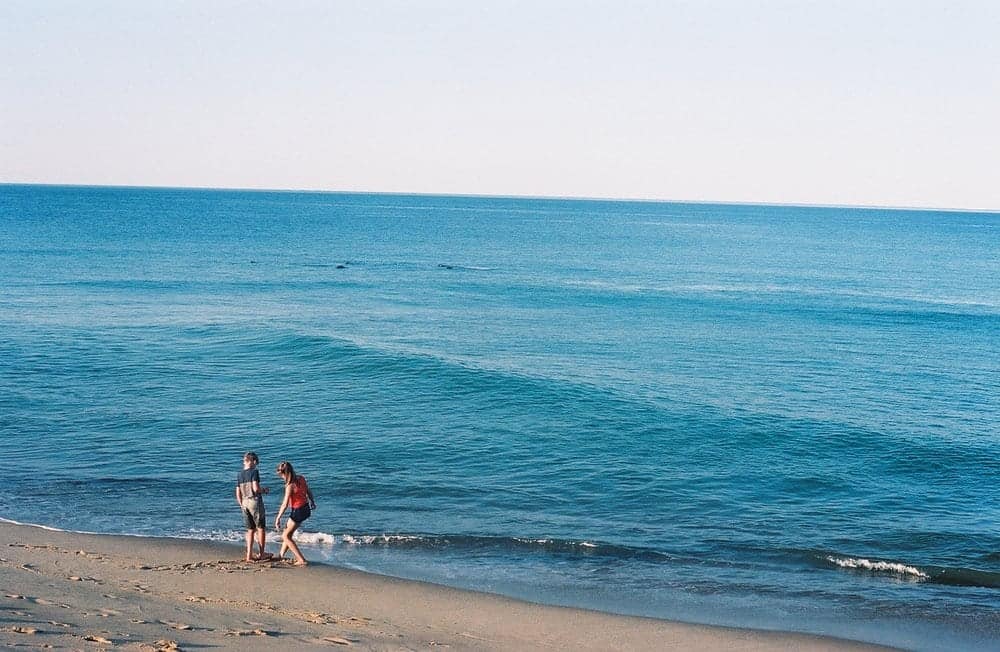 Following that thought about of developing your work through the influence of others, are there any struggles that you’ve faced as a photographer or as a person that have helped either your work (or you as a person) grow?

I only became serious about my photography this time last year, but one thing that’s really hard is being scared to do things that might not be well received. I feel like I always fall back into things I know I’m good that – I know I’m good at portraiture. Professors are always asking me to “experiment more” and do weirder things.

It’s a question of staying true to your own visual voice while simultaneously making sure that your style evolves and you’re doing different, more interesting things as time goes on.

So evolving one’s style is more of a conscious effort than something that happens naturally?

Yeah, and that is hard for me sometimes because I don’t do a lot of conceptual photography.

That is something that makes your work unique and is worth protecting if you believe in it.

That’s the balance between personal photography and photography commissioned for a class or a job. 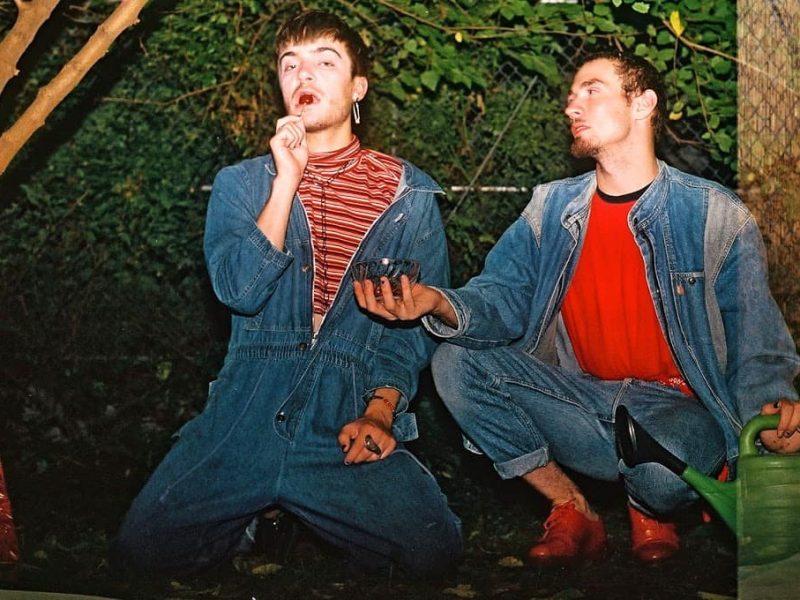