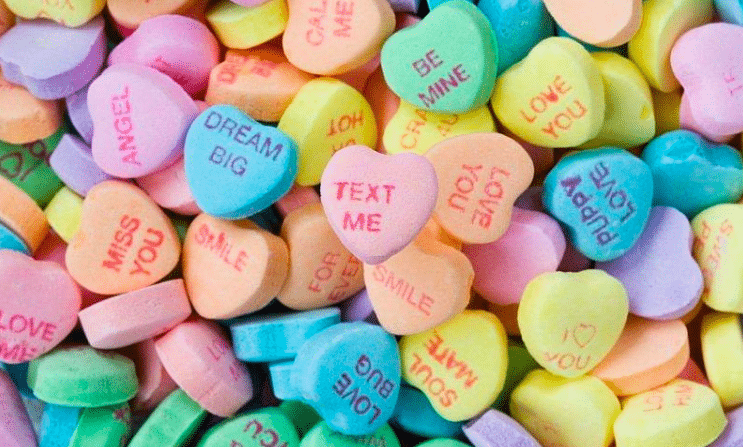 Tales from a Sugar Baby

As the color of the room lighting changed from green to blue, the girl pulled two strands of her short black hair and tucked it in fittingly over the temple of her round rimmed glasses. Pulling down on her now stretched sweater sleeves, she was ready to discuss her once-upon-a-time sugar baby lifestyle.

SeekingArrangement is a sugar baby and daddy dating website founded in 2006 by MIT graduate Brandon Wade. In 2015, the site released a listof their fastest growing “sugar baby colleges” where New York University ranked number two. I sat down with NYU student Emma Brown* to discuss her stumbling upon the infamous dating network and her experience.

How did you come across SeekingArrangement?

I went to school in D.C. freshman year and I was fucking bored all the time. People did it there and I was like, “I want money.” They were also looking at stuff to do on Craigslist for money. There are really weird people out there. They all pay for a lot of shit, it’s weird.

What was your first date with a sugar daddy like?

It was at a restaurant next to a train station. We just got food. He was talking really low. It seemed like he didn’t want people to know he was on a sugar daddy date and I was like, “I don’t fucking want that either, obviously, but I can’t hear what you’re saying.” It was really strange.

How much agency do you have here? Do they plan the dates or do they ask you?

Well, because I’m just trying to get money ASAP, I say, “Oh, do you wanna get dinner or something?” I initiate most of it but I also say, “I don’t have time to go out for dinner and notget paid, and I usually get paid $100 per dinner. Is that cool with you?”

When you have these conversations with potential sugar daddies, is it ever not awkward?

It’s awkward the whole time. It’s really weird. One of the ones I went to was awkward for almost two hours. There were a couple people who were young so it was interesting to hear what they were saying. I like hearing people’s stories so it’s interesting even if they’re weird as shit.

Okay, his story makes me curious – how was the date with this guy?

Are there any ground rules you set for yourself?

Well, I know right off the bat that I’m never going to sleep with them. I don’t tell them that, but I know I’m not going to do that shit so I’m only going out for free food and money. I try to be as genuine as I can with them, at least conversation wise. Obviously I’m not going to tell them personal facts about me but I genuinely like listening to their stories and responding. So I try to make it not look like I’m just trying to steal their money, which I guess is what’s really happening (laughter).But at least they get a good conversation out of it.

So then has the “no sex” rule ever been an issue for your dates?

When you talk about yourself, how much of it is real?

If I’m telling them a story I’m not going to lie about that, but I will about where I’m from and where I go to school. I tell them I’m studying film and that I really need money to make my films which I feel is buyable.

I remember this one time I told this guy I was from Boston and he said, “Oh my god, what part of Boston? I’m from Boston too!” I was like, “Fuck my life.” I said, “You know, right outside the suburbs part,” and he was like “Oh, what city?” I was like “uhh..Wooster?” (laughter). But yeah, it’s whatever, I never saw him again. That’s my mentality going in—I don’t give a shit how crazy it is. I’m never going to see them again.

How do you decide how the transaction works?

It’s always so awkward. I try to make it clear from early on that they have to give me money before, but sometimes I would have to remind them which is super awkward and something I really don’t like. However, most of the time they remember, besides one time when the guy forgot and he owed me a hundred dollars and I was walking down the street and was like, “Nah fuck it, I’m just gonna text him back and ask for this money.” He then came back and gave me my hundred dollars, and he paid for food too, so it was great.

How do they pay you?

Most of the time they pay you in cash. One time I was just talking to this guy and he asked me what my Venmo was. I made a fake Venmo that would send money to my actual one. I gave it to him and he sent me $200 and I had never even met him. He was like, “So for our first date, here’s some rules: (i) Don’t call me daddy…ever, and (ii) Make sure you wear comfortable shoes.” It was very specific.

What do you wear to these dates? You know they like younger girls, so do you dress in an attempt to look more young or do you try to look older because you know these are older men?

What do you do with the money?

It’s just like all the other money, like I don’t know where the fuck it goes. I just have it and then it’s gone at some point. Yeah, I should invest it in stocks (laughter).

Was respect or the lack thereof ever an issue?

I don’t really associate feeling disrespected with any of it, so I’m gonna say probably not. It’s more just like weird, uncomfortable and uggh. But if you just keep thinking the light is at the end of the tunnel, that it’s just a couple hours for a hundred dollars and free food, it’s kind of worth it, ‘cause you’re really doing nothing. It’s so easy.

I know you’re not on the website right now, but I must ask: Would you ever do it again?

I really want to, but I feel it’s morally wrong because of my boyfriend. But yeah, I would like to because I did it two or three times I think in New York, and I feel I could find some really interesting people here. Also, there are so many restaurants I wanna go to that I can’t afford (laughter).I would literally write down restaurants I wanted to go to and ask them to take me to them. If I weren’t in a relationship, I would definitely be doing this in New York, especially now cause I need money so bad.

You clearly seem to be in favor of this kind of an arrangement, so tell me, why do you think it still becomes such a topic of taboo when people in general claim to be so modernized?

I mean, it is weird. If you say you’re a sugar baby they will automatically assume you’re sleeping with rich old guys. It is what a sugar baby is though; that’s how it really works. I think people need to just chill and not worry about what other people are doing. I’m just making some money and having fun so just chill and even if sugar babies are sleeping with old guys, they’re making bank, so good for them if they can do that. You just have to be safe. That’s just all it is.

Did you stop being in a sugar baby/daddy relationship when you started dating your boyfriend, or while you were dating?

I was dating him the whole time. I told him though; I would tell him when I was going on dates and he obviously knew I was just doing it for money. Obviously I’m not like into these guys. He was always so afraid I would die (laughter).He was always like, “Please be safe!” I feel like he was uncomfortable with it but didn’t say anything. That’s why i just stopped. I was like, “If he’s chill with it, I’ll just stop” (laughter).

Any last words for anyone interested in the sugar baby/daddy lifestyle?

I think it helps to always remember that you will probably never see any of these people ever again if you don’t want to. So it’s fine if it’s really awkward and weird. If you have to ask for the money, who cares if they think you’re rude or weird, you’re never going to see them again. Just get your own experience out of it and get your money! (laughter). Don’t do anything you’re not comfortable with. Who gives a shit what these old men think?

*name has been altered via request of the interviewee

This piece has been lightly edited for length and clarity.